I may have "just a few" embossing folders!  I've been collecting them for the past several years, and I actually am pretty picky about which ones I choose to purchase...or at least I thought I was until I realized I was running out of embossing folder storage space!

I had a plastic storage bin for all my folders, but when Joann's had their sale this past weekend and I came home with "just a few" more, I realized it was time for a new solution.  Me and my trusty Silhouette Cameo made it happen! 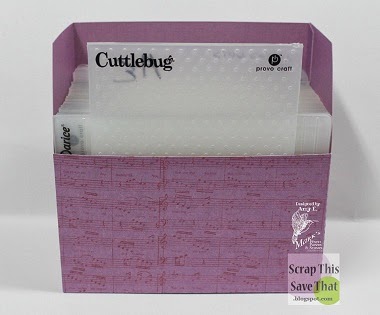 I found a cut file in the Silhouette store by Jamie Cripps called the 3D Embossing Folder Storage Box.  It's actually a 2-tiered piece that sits in a tray, but the whole thing put together is deeper than the shelf  I want to put it on.  So I just made the smaller portion of the holder and I once I did, I realized it will still hold my A2 and 5x7 (not shown) folders with plenty of room left over.

I used DCWV textured cardstock and a gorgeous stamp set by Mark's Finest Papers called Just A Note.  Being a musician myself, I'm always attracted to anything music related! 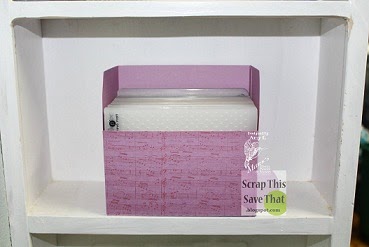 I made a second holder (not shown) and will put the two side by side an a shelf that will hold them both perfectly.  And the best part?  Now I have room for "just a few more" embossing folders!  Woohoo!

Are you an embossing folder junkie like I am?